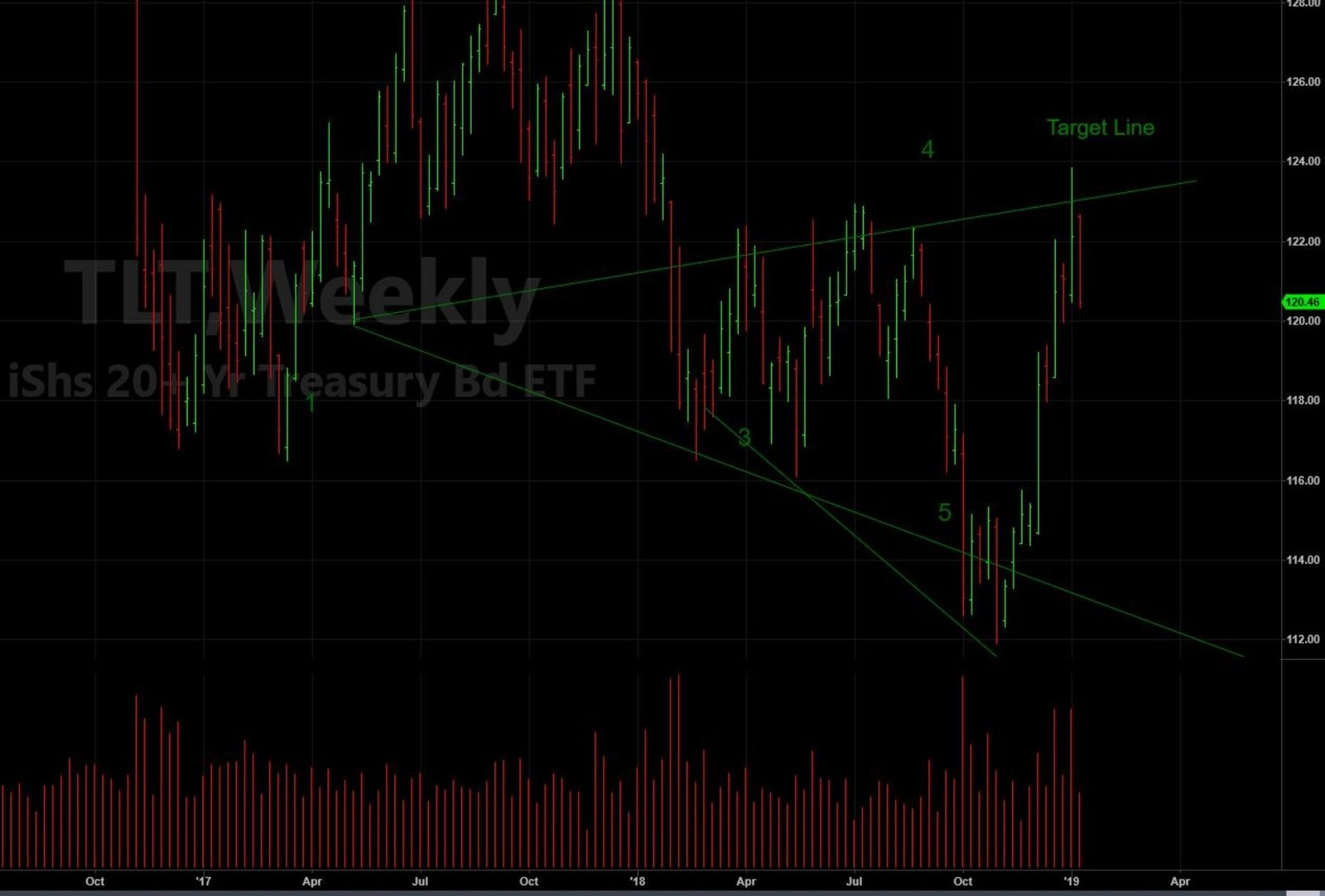 Towards the end of the last post on Wolfe Waves back in December, we identified a weekly bullish Wolfe Wave in the TLT (Long Term US Treasury Bond ETF). The wave completed just last week, then interestingly enough, turned back down. If you would have gone by the WW rules and got out at the target line, that would have been around a 10 point profit.

I’ll be watching now to see if it puts in a 4 point and a bearish wave forms. This often happens in these types of back and forth waves. 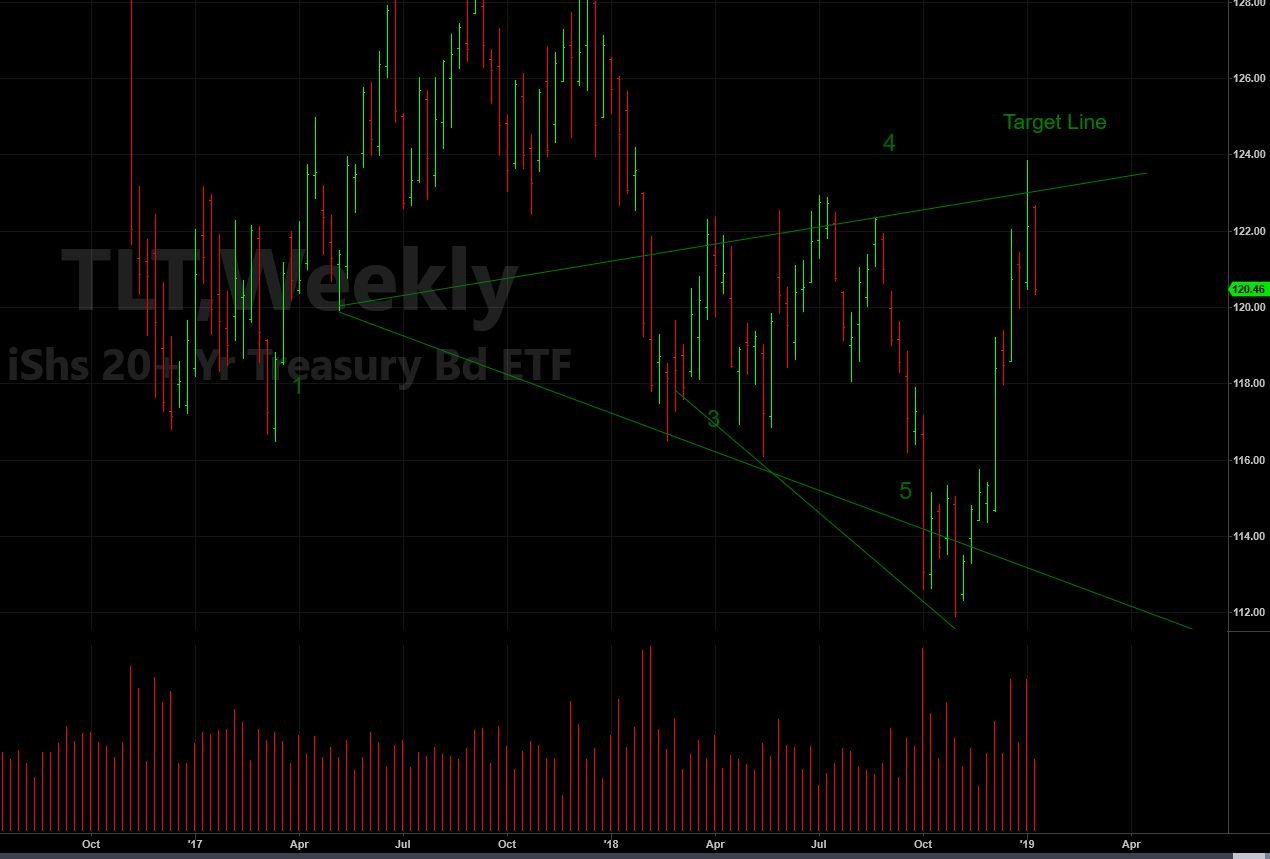 Another Target Hit, and a Contrary Failed Wave

Here is a bearish wave we identified in a previous post in the 7 hour time-frame in ES (S&P 500 Mini Futures). You’ll see that the bearish wave (white lines and numbers) hit target as expected.  You may also remember in the same post we identified a bullish wave forming in a shorter time-frame (green numbers & lines) in between the main wave which could have potentially canceled out the larger bearish wave. As you can see below, although the contrary wave caused a big “bump” in the price, afterwards it turned back down and continued to the white target line.

Since I’ve been watching these Wolfe Waves, I’ve seen many of them in the FX markets in many different time-frames. I just identified what could be a wave, however there are a lot of “bumps” between each point so it might be just noise, or perhaps I am just imagining a wave (it can happen, and I actually emailed Bill Wolfe and he replied saying he doesn’t see a wave so I probably am imaging it. This is why we shouldn’t trade these things until we know how to do it correctly). I thought I would post it anyway though as it is interesting to watch how it progresses, especially for me as I’m waiting to buy a bunch of EUR for a major purchase I am making. If this wave worked out, I should be able to safely buy around 1.12  (just above the potential 5 point on the 1 to 3 line) if it is a wave. I need to have this purchase done by the 3rd week in March, so my money is on the line. If the wave works out, it should save me a substantial amount on the exchange, or if it turns and goes up, there goes my beer money! It’s just a gamble at this point………  🙂 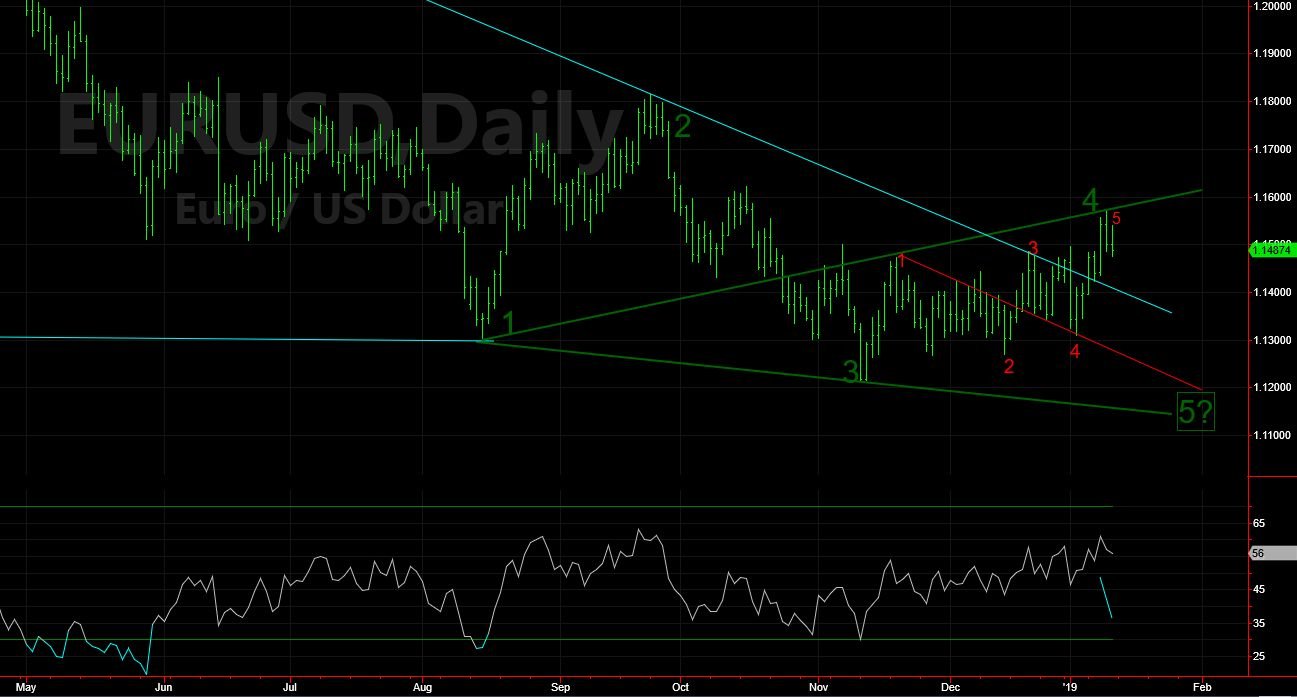 Just a short post this time. I had a few emails asking about the previous post on Wolfe Waves so I figured I would just do a quick update for everyone. 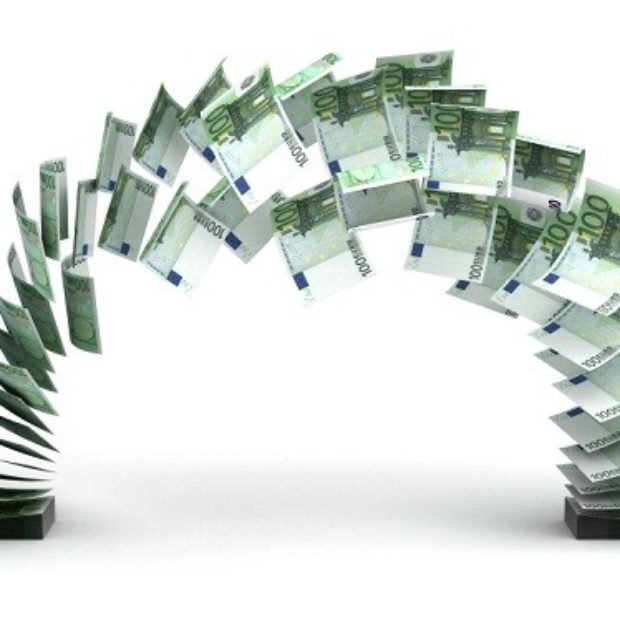 I have received several questions from readers about how I exchange & move currencies for investments in the Euro Peer to Peer lenders I invest with. So instead of continuing to answer the same questions over and over via email, I decided to write a quick post on the subject as it appears to... 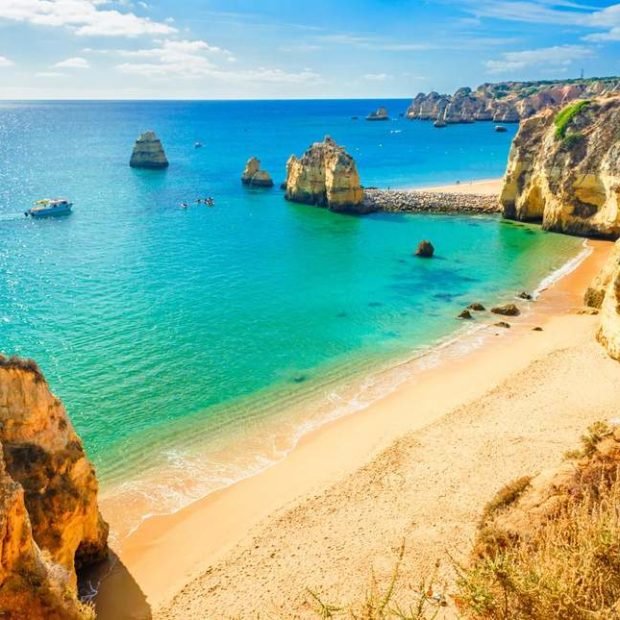 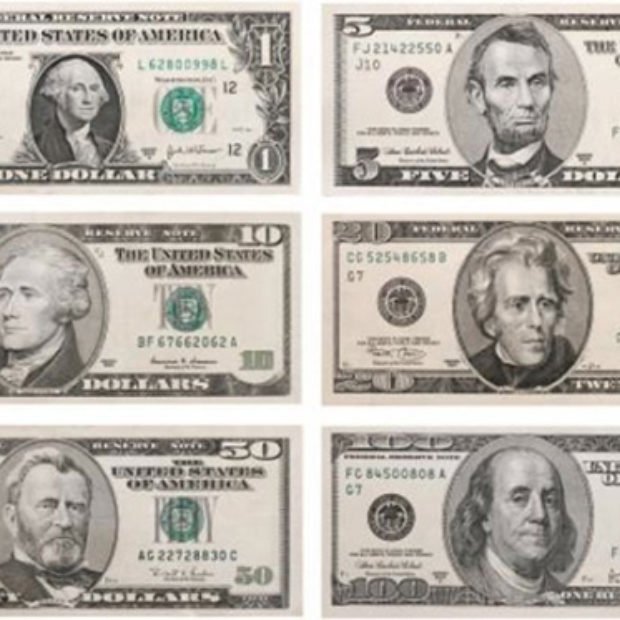 Question - Why Do I Use US Dollars for Some Investments?

QUESTION 1 - "Why do you prefer to work with USD and not GBP or even EUR? Is it because of the Bonds, Stocks and Reits you choose?" ANSWER - There are a few reasons: 1. The first is that I lived in the USA for many years so most of my assets are in US Dollars as that's how I was paid. I haven't seen any reason to change that as of yet. 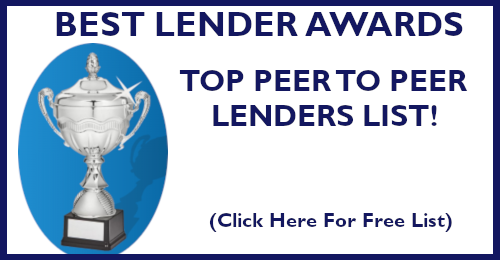